James Joseph Torez, born and raised in Pine Bluff, Arkansas, is now 93 with a rich history and an impressive life in the military to look back on fondly.

Two years after his mother and father relocated to the U.S. from Mexico in 1924, James was born to Teressa and Trinidad Torez. His life before being enlisted in the military was cut short when he found himself drafted into the Navy at just 18-years-old.

Without a say in which branch of the military he would be joining, Torez found himself at the San Diego Training Station learning how to be a fireman in the Navy and how to make fresh water out of ocean water. As one of the tasks in his fireman training, he had to jump into a pool of flaming water.

“They said there’s nothing to it,” said Mr. Torez. “If you don’t jump out of that water, you’re going to get burned.”

After his training, Torez stayed in the port in California at the Bloomington Navy Yard for four months on dry dock to work on the ship. The navy ended up doing a shakedown crew where they went from the U.S. to the Panama Canal. While traveling through the Panama Canal, the ship was so big there were only a few areas where they didn’t rub the walls.

He then found himself in the Philippines being abruptly shaken from sleep at 4 a.m. for carrier landing qualification, or as they called it CQ, where members have a series of qualifications they have to complete before getting out on the ship.

While in the Philippines, the sailors had no shortage of beautiful views. Rolling mountains with earthy green grasslands surrounded the naval base, and islands were properly positioned atop the everchanging waters. But the need to always be on guard was there, even amongst the picturesque backdrop. Torez recalls noticing a Japanese battleship on the other side of an island in the vast Pacific.

“I mean, they were fast [the Japanese battleships], and I didn’t know it until we were going to try to catch it, and we couldn’t catch up with the battleship,” said Mr. Torez. “We didn’t go fast enough.

Although the life he had come to know and love in the quiet southern town of Pine Bluff, Arkansas quickly altered into a life of give and take as a member of an exceedingly important team, Torez found his time in the Philippines to be fascinating and memorable. He remembers John F. Kennedy serving alongside their fleet in the Philippines at the same time. And while he was aboard the USS Massachusetts rather than the USS Missouri, Torez was present on September 2, 1945 when the peace treaty with Japan was signed in Tokyo Bay.

After serving in the Navy, Torez transferred to the Army and began training nurses in San Antonio for the MASH program that would take them to Korea. A highlight from his time spent stationed in San Antonio was seeing General MacArthur, a five-star general who commanded Allied forces in the Southwest Pacific during World War II, at the Brooke General Hospital.

“He had his pipe; he was walking out of Brooke General, and he wanted to come back to see his wounded soldiers out in the Pacific,” said Mr. Torez.

Deciding the Air Force seemed like a better fit for him, Torez eventually transferred to the Air Force where he did supplies for a while and ended up spending a year in Greenland. Torez has no shortage of stories to rummage through, enjoying the opportunity to talk about his time in the service. One of the more charming stories he tells is the love story shared between him and his wife. It wasn’t until he transferred into the Air Force that he met the woman who would soon become Mrs. Torez.

Torez had a short period of leave before the Air Force would take him to Thule, Greenland, and it was during that brief stretch of time spent back in Arkansas that he met his soon to be wife. Torez’s brother was married to a friend of Mrs. Torez’s sister, so naturally, they got the two together for a good old-fashioned blind date. They hit it off well enough for her to keep in touch after he left Arkansas again.

“I wrote to him when he was in Greenland, and that’s how we got acquainted,” said Mrs. Torez.

While Torez only spent a year in Greenland, that year was full of difficult challenges in an unforgiving terrain. He spent survival on an ice cap where the men worked to prove that they could survive for three days. They dug into the deep, icy snow where they crafted an igloo that allowed them to stay warm by sleeping under the snow. Torez’s company commander got lost in the mountains there and flew his plane into a mountain shaped like a horseshoe, proving to the men that surviving in Greenland was no easy feat.

“They had to have a buddy to go outside because people would die,” said Mrs. Torez.

The untamed landscape proved to be quite difficult and depressing, but eventually their time in Greenland ended and Torez made his way to Shreveport, Louisiana and back to the woman who wrote him, patiently waiting to see him again.

“He came home every weekend, and we just had a ball; it was the 50s and everything was peaceful, and it was a beautiful time, said Mrs. Torez”. “We dated and we just did so many things; we went to the movies, we went fishing, we went on picnics and we went to see things.”

Torez served in the Air Force for a short time before he found out he had been accepted into the B-52 school in Rantoul, Illinois. You can hear the cheerfulness in his voice as he tells about his experience learning about the strategic bomber that first made its appearance in the Air Force in the 1950s. There are 16 systems in the B-52 bomber, and to this day, Torez could most likely go into detail about each one.

“It just came natural to me,” said Torez about his time in the school and the Air Force.

Torez attended the school for seven months with 500 other students.

“Out of 500 that took that test, he was number one and graduated with the highest score, so he got to choose the base he wanted to work on,” said Mrs. Torez.

With the opportunity to choose which Air Force base he wanted to relocate to, Torez chose Fairchild Air Force Base in Spokane County, Washington.

“He stayed up there a year, and he came home and got me; he couldn’t stand it any longer,” said Mrs. Torez.

They had dated for five years and had been married for a year before she found out she was pregnant. Torez was a crew chief at the time, and the plane he was in charge of had been sabotaged. Someone had cut the electrical wiring, which meant he couldn’t leave the flight line until that plane was repaired and ready for takeoff. Meanwhile, back at home, Mrs. Torez was going into labor.

They also had a son who was born in Altus, Oklahoma where Torez lived when he retired in April 1966. After 25 years in the service, Torez decided it was time to call his hometown of Pine Bluff, Arkansas, his long-term home. He bought the home where he and his wife still live in today, and despite the excitement and incredible stories the service brought Torez, him and his wife consider themselves pretty lucky to lead the life they do now.

Torez traveled to many countries and places during his years in the service, from Greenland, Africa, Spain, Portugal, England to Alaska, and his life has thrown him plenty of curveballs.

“Jim and I both lived through the depression, World War II, Korea and Vietnam,” said Mrs. Torez.

Through it all, Torez remained spirited and continued to fight for a great life for his own family as well as his fellow Americans.

“He had a wonderful life, he loved the service,” said Mrs. Torez. “He really enjoyed that B-52, and he was proud of that USS Massachusetts, too.”

*Northside Power and Cummins Inc. provided Mr. and Mrs. Torez with a Cummins standby generator to protect them from power outages in the future. We were lucky enough to sit down with them and hear their story, so we thought we would share it with you! 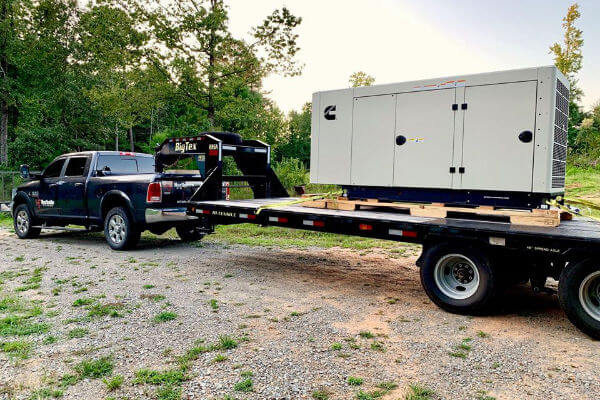